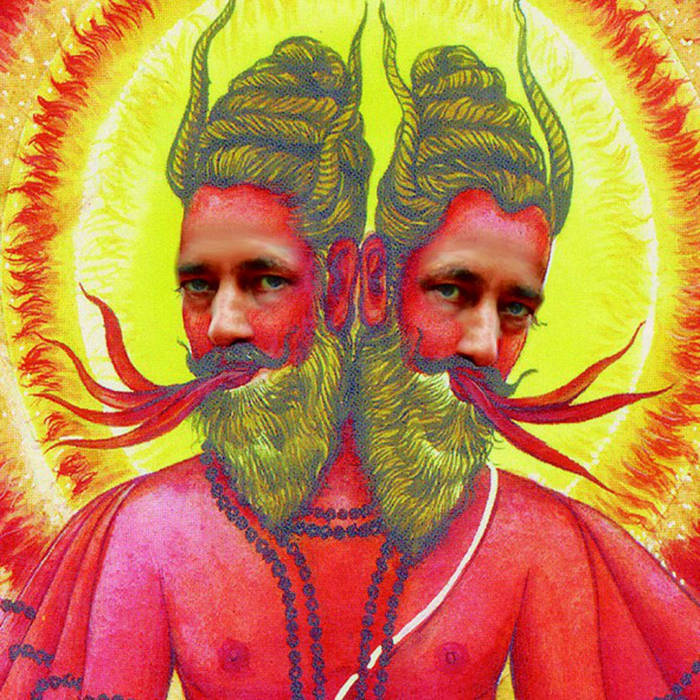 Brandstifter (Firestarter) is an interdisciplinary artist and experimental musician. With Happenings, Visual and Performance Art, as well as sound and music and interventions in public space,
Brandstifter uses communicative means of social interaction to transform anarchic concepts from everyday life into burning-down-the-house Intermedia. He plays solo and in various experimental music groups in Europe and the US like the SK Orchestra collective with Michael Durek (PAS musique) from New Jersey, the Watercoloured Well collective with members from the rhine main area or Wizards of Oi with Aaron Moore (Volcano the Bear) from New York. After an extended Europe tour with Robert Pepper (PAS Musique) in 2013
Brandstifter was invited to perform his concertante sound installation rauschgiftengelloops at the Yoko Ono retrospective Half a Wind Show in Frankfurt. In April 2016 Brandstifter joined Fluxus cofounder Ben Patterson for his very last live Performance on a performance festival in Wiesbaden. Patterson passed away in June just when their performance Silent Refugee Night was released on vinyl.
You can find recent Brandstifter releases on Cassette, CD, Internet and Vinyl on various labels like Alrealon Music, Fluxus Montana, gruenrekorder, Monochrome Vision, psych.KG (with Thurston
Moore, Ben Patterson), SPAM or on his very own artists' music label FLUX ON DEMAND.

Bandcamp Daily  your guide to the world of Bandcamp

Interviews With Butcher Brown and Slauson Malone, plus LP of the week by SAULT.